From venue facilities to environmental practices

Our corporate venues in London have received plenty of awards and accreditations over the years.

We are AIM accredited. AIM is the quality mark of the Meetings Industry Association (MIA), which guarantees that our London meeting venues comply with all essential legal requirements and meet high standards of quality and service. 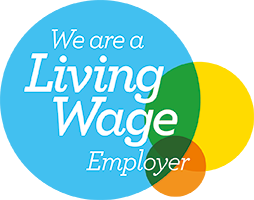 We are an accredited Living Wage Employer. This demonstrates that we are a responsible, thoughtful employer, who values our people and best practice. We pay our staff a wage that is based on the cost of living, rather than opting to pay the statutory minimum wage.

The miaList celebrates the top 10 most outstanding and passionate individuals in the meetings, hospitality and events industry who continuously go above and beyond the call of duty.

Our Operations Director, James Russ secured himself a spot on the coveted miaList 2021!

Our CEO, Caroline Bull secured a place on the coveted miaList 2019!

With thousands of venues located in London, it is an extremely competitive market. This makes it even more of an honour to be recognised at these awards!

We have won the Silver Award for Best Venue Leadership During Covid-19 at the London Venue & Catering Awards 2021!

We were awarded the bronze award for the Best Venue with a View at the London Venue Awards 2019. Check out the view for yourself – CCT Venues – Bank Street.

At CCT Venues, we’re proud to be an inclusive company – so we are thrilled to be recognised for our commitment to equality by receiving the Silver Award in the Best Venue for Employing Women and Gender Equality category at the London Venue Awards 2018.

We are proud to announce that we won the Business Event Organiser of the Year award at the London Prestige Awards! The awards are run by Corporate Livewire.

CCT Venues-Barbican has been recognised in the Clean City Awards organised by the City of London Corporation for almost every year since 2008. Over that time it’s won one Merit, two Gold and now eight Platinum accolades – plus the sought-after Chairman’s Cup Award in 2016. Most recently, we were granted a Platinum Award in 2019. We were one of only six businesses of our size to achieve the award!

The award recognises a tireless effort at CCT Venues – Barbican and CCT Venues – Smithfield (our City of London venues) for following the best practice we adopt across all our London conference venues. This involves increasing our recycling and reuse activity, and reducing waste and litter. Awards are based on site visits by inspectors and evidence submitted by entrants. In addition, the Platinum Award application looks at staff communications and the reduction of smoking-related litter.

The Wharf Innovation in Business

In 2016 we won the award of Highly Commended Medium-to-Large Business at The Wharf Innovation in Business awards. This was in recognition of innovation in a number of ways including how we creatively meet our clients’ needs, how we reward our team members, and our employee awards programme through which we identify and reward great examples of customer care.